Support us by voting for alohaeosprod! 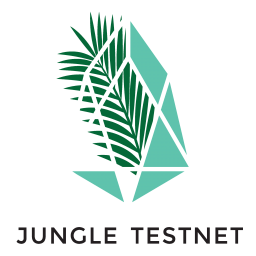 Welcome to the Jungle

The JunglesProxy will be voting, primarily, for the BPs who contribute to the Jungle Testnet by running node(s) on it, by taking part in discussions on the Jungle Testnet telegram channel and spend their valuable time on testing the latest EOSIO release or help a newbie BP/dApp developer. It'll be also voting for geo-diverse nodes from around the world with technical competence and are key community/ecosystem builders in their respective regions. Lastly, we will consider giving special consideration to the block producers who haven't generally received the recognition for their contributions.

The Jungle Testnet has been a central part of the EOSIO eco system since before launch. Many critical errors have been found and fixed in Jungle before they could make their way to the mainnet, and many dapps and features were developed and tested there, including, Chintai, REX, the Lost Key Recovery system, pEOS, privEOS, Prospectors, and many more. A new Maximum EOSIO TPS of 9179 was demonstrated in Jungle Testnet. The Jungle Proxy supports the many block producers who've spent IT resources and countless hours supporting the Jungle Testnet and helping assist and onboard new dapps and new developers into EOSIO.